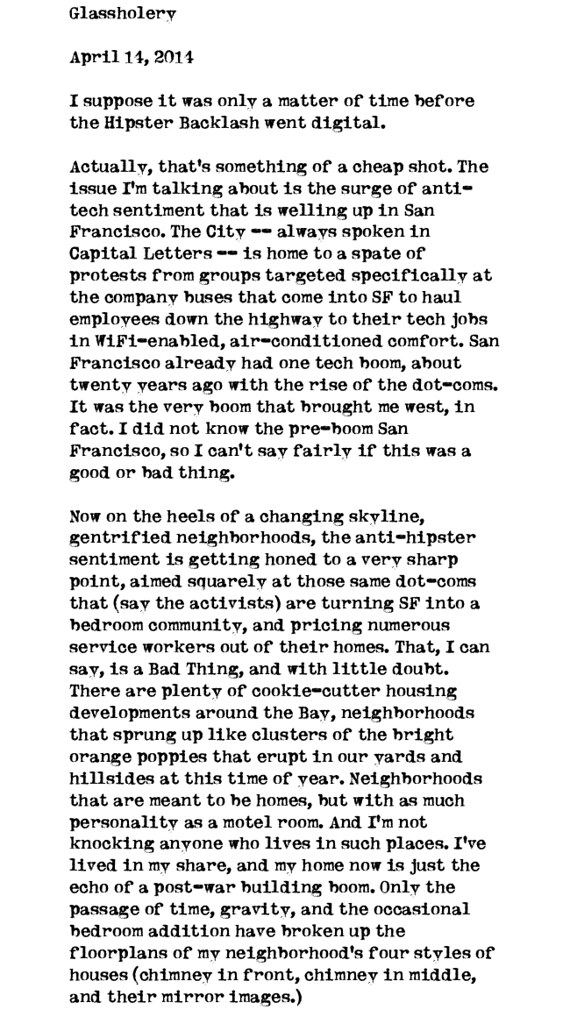 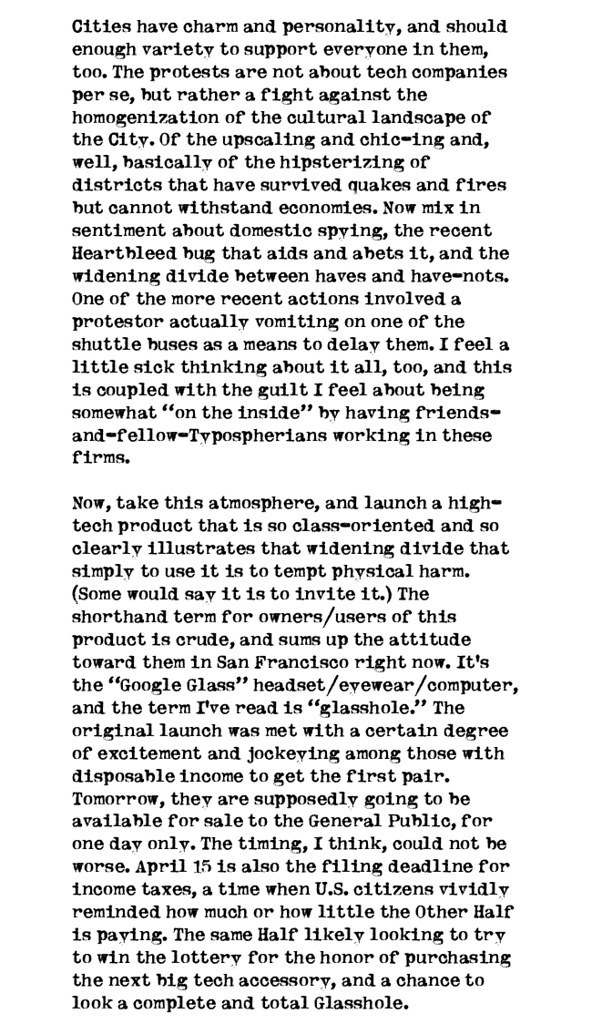 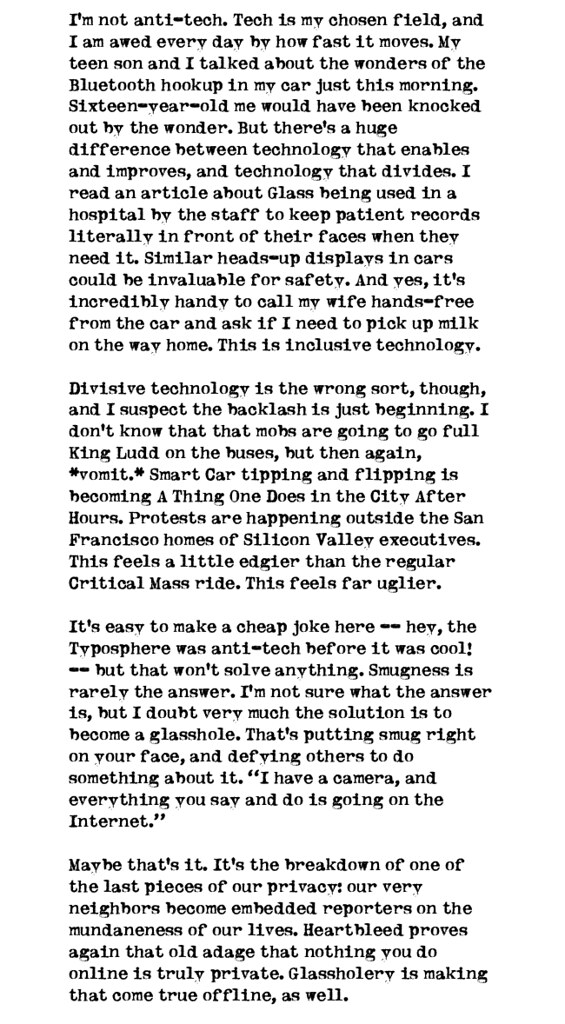 I guess I'm one of the few born in the 90s that still holds onto the old-fashioned idea of a computer you can't have on your person all the time. Smartphones are enough…but why would anybody want a computer on their face?

That isn't to say that I'm not fairly addicted to computers. I just like to have the idea of computing separate from being alive. And that kids ought to actually play outside.

It's nice, living in "just another city" like Tacoma.

I totally agree about the glassholes. They are naively and arrogantly plunging into a phase of technology that is harming our psyches and our communities.

The categories "hipster" and "techie" overlap, I guess, in the area of trendsetting and gentrifying. But many hipsters are also known for their low-tech ways (records, typewriters...). I'm finding the term "hipster" very elusive.

I'm not interested in Glass, but I don't have an inherent resentment of those who are. Of course, I live a fairly comfortable life and don't have to worry about how I'm going to pay my mortgage this month. As you say Michael, it's the economic divide we have cultivated that fuels the anti-googs.

Tech can be invasive and annoying as hell in the hands of morons. But I'd rather see innovation than regression.

I'm not sure I agree that wearable tech like Glass is divisive. But I certainly think it's wrongheaded to roll it out as a luxury toy.