(For Adney the Younger)

Noble typopigeon Eugene is settling in nicely for his visit to Northern California. Today he accompanied me on my regular Friday lunchtime trip to the local branch of the library.

Concord, California is home to Dave Brubeck, honorary typospherian Tom Hanks, and is a sister city with Kitakami, Japan. We did go past "Brubeck Park" on the way to the library, and Eugene nobly volunteered to represent Mr. Hanks and the rest of the typewriter crowd as we paused at the small garden outside the library. 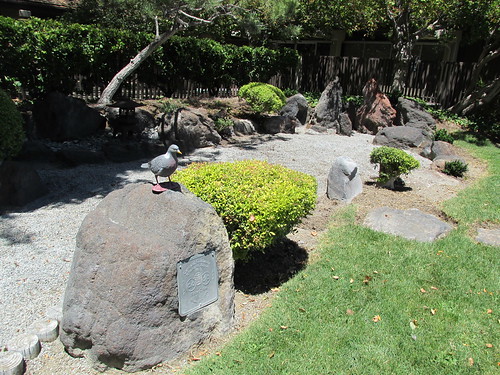 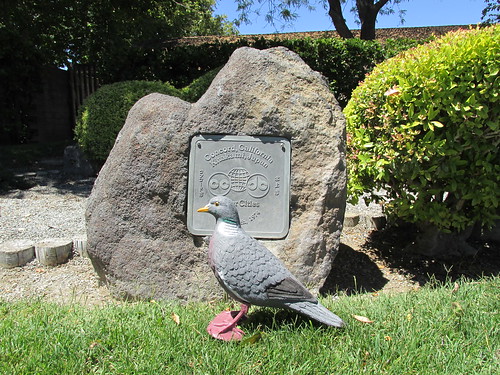 We paused briefly, I should say, as we're entering one of those weeks where temperatures shoot up into triple digits. We retreated indoors to bask in air-conditioned comfort and check out the selections. Eugene made himself at home... 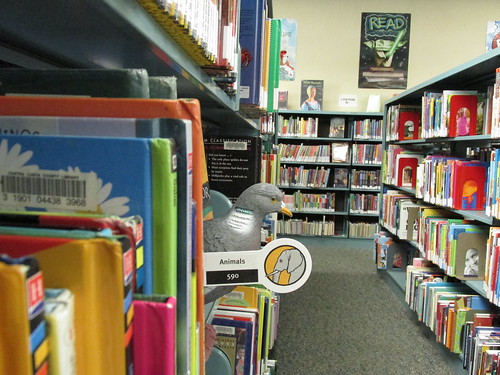 ...and settled in with some light reading while I scoped out the CDs. 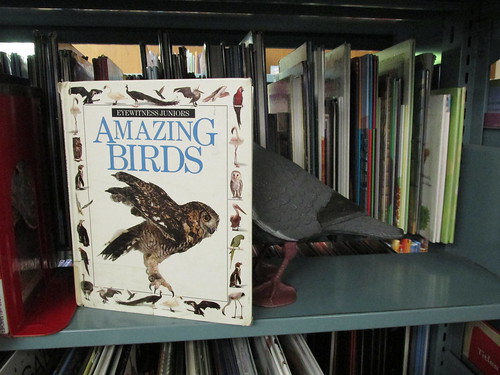 Today's selection was an Erik Satie compilation, something to mellow out with at the end of a busy week. Eugene had a few problems with my noise-cancelling headphones, and neither of us were entirely clear on where a pigeons' ears are actually located. This, however, did not seem correct. 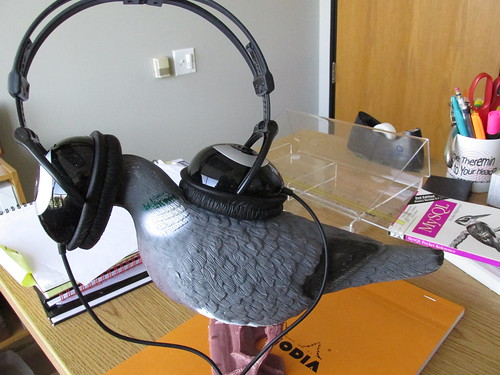 A little quick Google-fu got us sorted out, though, and with the aid of some office supplies, Eugene was soon able to enjoy the lyricism of Satie, as realized by Reinbert de Leeuw. 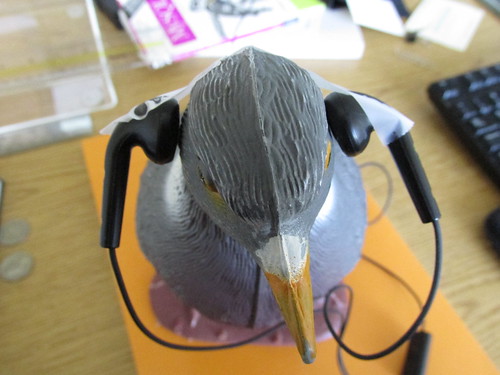 Personally, I find Satie rather sad, and I suppose it had a similar effect on Eugene, so far from home. Clearly he is a creature of the wind, and even a glass-walled cage is not the same as feeling the breeze flowing beneath your flight feathers, or finding a half-eaten hot dog next to the sidewalk. (I cannot deny Eugene's urban tendencies.) 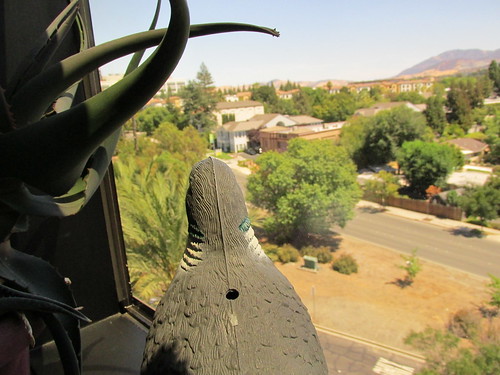 What was he thinking of? He wouldn't say, maintaining his usual stoic silence. Daydreaming about Japan, perhaps, or simply thinking about that book ("What makes owls so amazing?")

Tomorrow is Saturday, though, and both Eugene and I are released from office obligations for a few days.  I know my youngest is already making plans.

Yes! The Typospigeon's adventures are on again! :D

Great post! And I'm glad to see the typospigeon is still enact!