Books of Glass and Other Evolutionary Mistakes 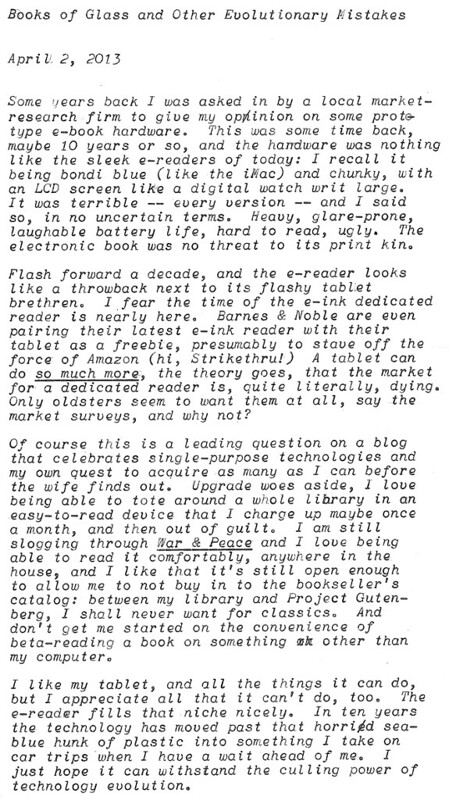 Typed on a 1958 italic-face Olympia SM3. Talk about single-purpose devices... 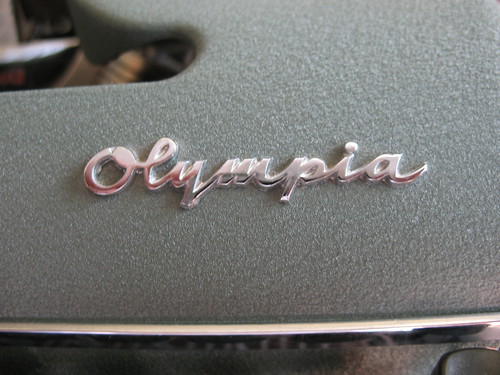 Email ThisBlogThis!Share to TwitterShare to FacebookShare to Pinterest
File under: olympia, sm3, the future of reading, typecast

I have an iPad but don't use it for reading long texts. Seems to me that I'd be distracted by the constant possibility of multitasking (checking the typosphere, for instance!).

There was an italic SM3 on shopgoodwill recently that went for over 40 bucks. Yours is nice. Someday...

Mrs. Magic Margin has a nook and she loves it. I like paper books. I do, however, have an iPad. It's a great consumption device, but a terrible creative device. I can hardly make anything on an iPad. Netflix on an iPad is one of my great loves. Poirot all the time? Downton reruns? All of the David Tennant Dr Who? Yes, please.

I travel pretty frequently and carry both an iPad and a Nook. The iPad is super convenient when paired with Dropbox and Google Drive, but the long reads are unpleasant at best. I hope eink doesn't die soon, but if it does I will stock up on readers.