One month later, and it's done. 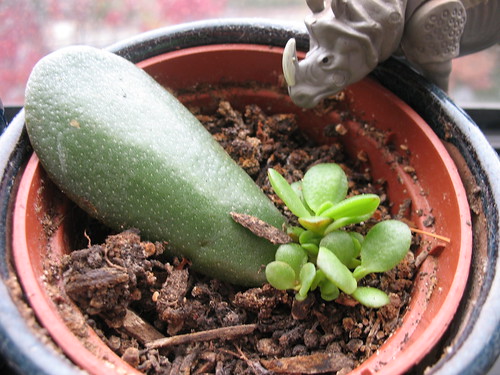 Overseen by the trusty Nano Rhino, my 2012 draft is in the bag. Or more correctly, in the box, where it will percolate for another month or so until Christmas vacation when I'll dig it all out with the obligatory pen and Refreshing Seasonal Beverage and start tearing it all up again. This Nano turned out to jump the rails a lot faster and more dramatically than drafts of years past: I diverged from my insane pre-planned outline mid-month, only to finally loop back in the final day or two of writing. Some characters never made their appointment with the story, others stepped forward to take their place. There were digressions, and wanderings, and ramblings, and many, many expository speeches. And I only remember snatches of it, since I was up at 5-ungodly-o-clock for almost the whole month to sneak in 3-4 pages before my day got started.

All the typewriter auditions turned out to be mostly for naught, since I didn't want to tinker with the magic of Online OCR being able to successfully turn my typescript into digital text. I'm still assembling the final document, melding my typed pages together with those I wound up typing on the Alphasmart over vacation, usually while visiting with the neighbor's cats. The final work was mostly done on the Royal KMG Beast, and an Olympia SM9 and SM3, all of which have boring Roman-style typefaces. (All the better to scan with, I hoped.)

For those still grappling with your Rhinos: hang in there! Put your head down and charge, right through to the end, even if it's not the end that you anticipated.

Now I need to play catch-up on all the happenings from the past month or so and breathe a little air again, because soon enough I'll sit down to see how those original ideas grew.