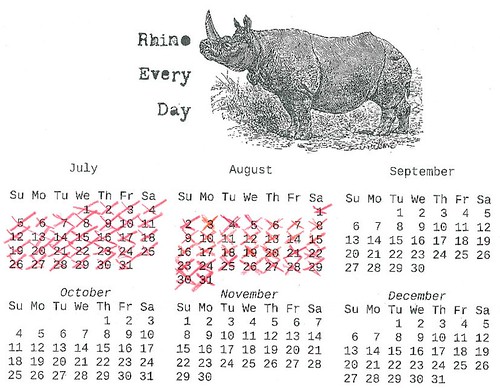 Yes, this again. 'Tis the season to recycle.
NaNoWriMo 2015 is now officially a Fond Memory, despite a kind of struggling finish. This year's writing basically depleted the last major deposit of story ideas in the infamous brain dump box, started so many moons ago. I suspect the plot wasn't entirely ripe yet, despite all the planning and pre-planning and post-pre-planning that went into it. Frankly, it left me a bit wrung out, but come December 1st, I kept to the vow that I made way back this summer. I've been scribbling a bit each day, refilling the notebooks if not filling up index cards, and trying to get my brain back into the low-volume-but-not-no-volume mode of being creative. My fingers are starting to itch for a return to The Ballad of Congo Willy, my oft-started, oftener-aborted NaNo 2011 win that i was working on up through September. Maybe I'll have it done by the end of the year. That would be a good thing!

The daily writing is, quite frankly, harder than I thought. Fine with the collective noise and mayhem of November, but more difficult to manage in a solo setting -- sneaking in a page or two in the evening between dinner and the kids going to bed. But a funny thing happened sometime last week: hard as it is, the writing, once started, is getting easier. And more interestingly, I think, is that I'm finding myself thinking back, way back to my first Typewriter Brigade-fueled November. That novel may be ripe for a rewrite, too. Perhaps 2016 will be the year of the rewrite? That remains to be seen.

It will be seen largely offline, though, as I am slipping towards my end-of-year holidays, time with the kids and away from the computer, time to play with pens and paper and to keep the rhino fed through the rest of the year, and, muse-willing, into the next year, too.