We're into the final ten days of NaNoWriMo, and I've been averaging around 1700 daily words, right on par for finishing on time and on target with the words. I've already had to bench a cheap nylon ribbon on account of drying out, and just now, I finished re-wrapping the platen in another sheet of suede-finish/velour-texture paper from the craft store. I've been using in it lieu of a backing sheet this year, and back before Nano got going, wrapped the platen of my main machine in tape, sticky-side-out, with a cut sheet of paper adhered to it.

The Good:
The Bad:
The Mystery:
The Photos:

I'd hoped to peel the old sheet off somehow and have it laid next to the new one for comparison. This did not happen. Since I'd practically covered the platen in tape, the only way to remove the paper was to tear and peel in a long spiral.

Here you can see the platen on the left -- note the banding from years of typing, some of the paper on the top (the blue-tape side), and fragments that I managed to salvage. Can you tell which part of the green paper was outside the margins? 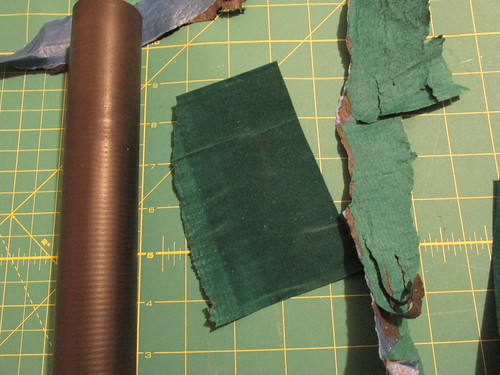 Here's another comparison of original texture versus the three-weeks-in side. You can see how bad the worn surface was wrinkled at the end. I had wrapped the platen like a barber pole in tape, spiraling down it completely. 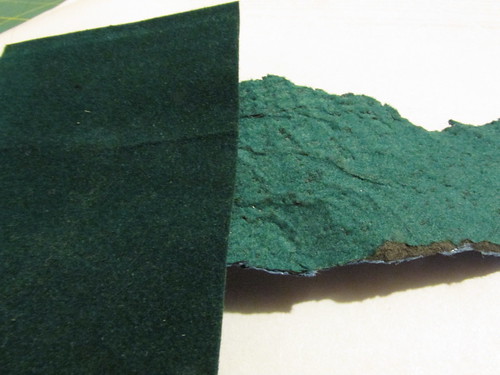 The replacement going on. I backed off on the tape this time, going for four loops instead of a complete surface. Nothing is stuck to the rubber of the platen: the tape is fastened only to itself on the ends and slides freely. 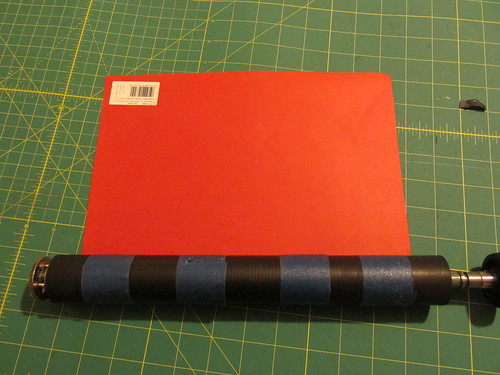 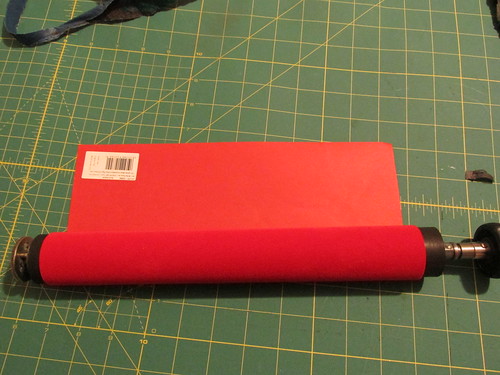 I creased along the edge where the paper meets itself, and then used a sharp pocketknife to slice down the crease to remove the excess. It's still not as good as computing the actual size or the paper needed. There's still a bit of an overlap in the final product, but it's less than my original. 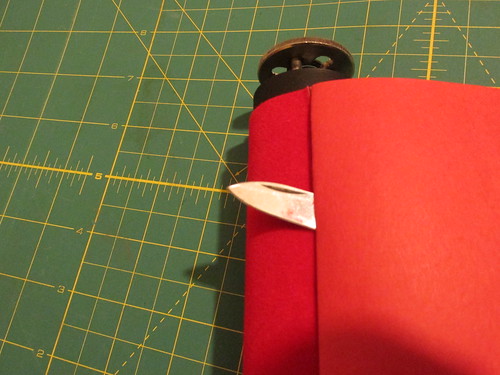 This whole experiment has me looking at other sheets of material at the craft store, too -- nylon sheets, maybe actual felt instead of faux-felt... upholstery fabric? The possibilities are endless. I don't know if it has much real merit beyond short-term writing projects like Nanowrimo, or maybe the occasional photo shoot, but I'm still happy with the results.

Now, if someone just sold a wrapper that made my plot better...
2 comments:

Email ThisBlogThis!Share to TwitterShare to FacebookShare to Pinterest
File under: color me crafty, flickr view whoring, nanowrimo, preservation, the timeless utility of paper 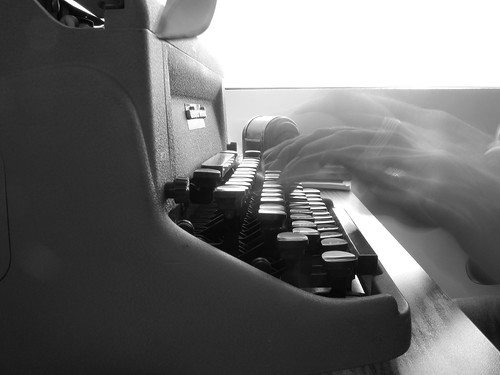 Right on schedule, November is here again, and with it the trembling anticipation of drafting another novel. (Trembling in part because I'm surely fueled on a breakfast of coffee and leftover Halloween candy.)

If you're participating, then what are you doing on the Internet? Get back to work! And may your rhinos run straight and true and in interesting directions. Stay strong, Wrimos.
4 comments: