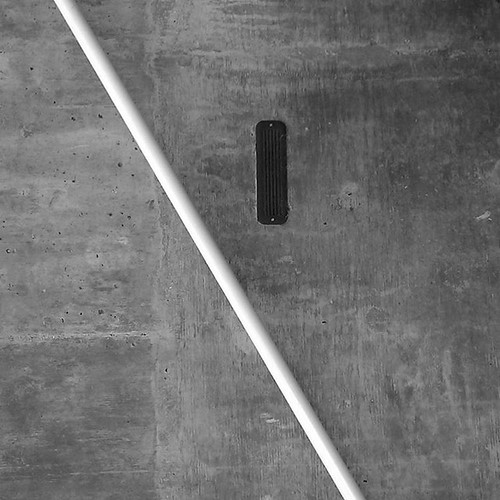 Just got back from a week's "staycation" to celebrate my eldest child's graduation, mark a milestone wedding anniversary, and spend many days loafing, swimming, and not shaving. I highly recommend all of these activities whenever summer comes your way. 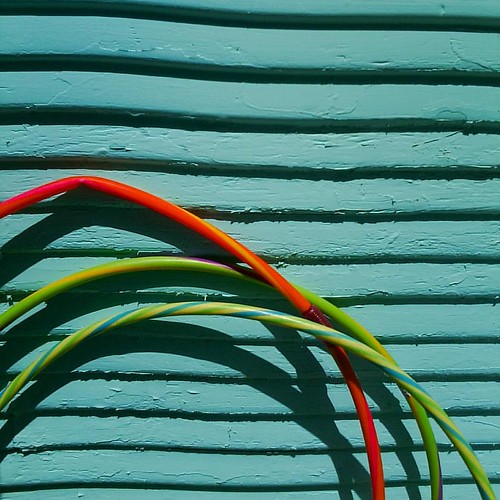 Editing continues, with only a day or two off now and again to scribble in a notebook or blog post to keep up the wave of daily writings. Things are about to get bad -- and then better -- for my characters, and at the moment they're struggling their way across the plains of the U.S., a long flat land and a high mountain range between them and their goals. 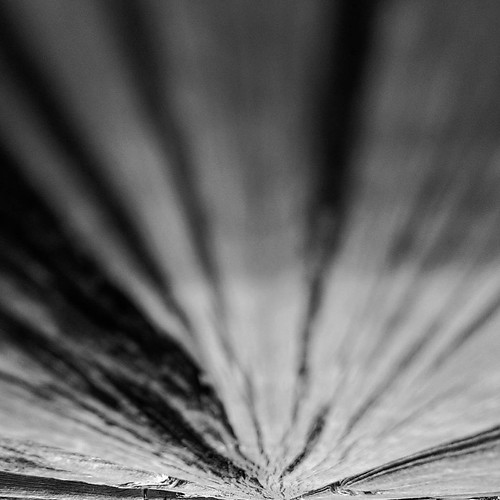 Last year at this time, I pledged I'd be rewriting, and I was. I took up AlphaSmart and pen and headphones and hid in the bedroom every evening and finally, finally typed the damnable thing in. I've been running through all that re-typing since February, even powering through in the evenings when I was too tired from celebrating or swimming, even when I should have been working instead of loafing (but loafing is key, too.) 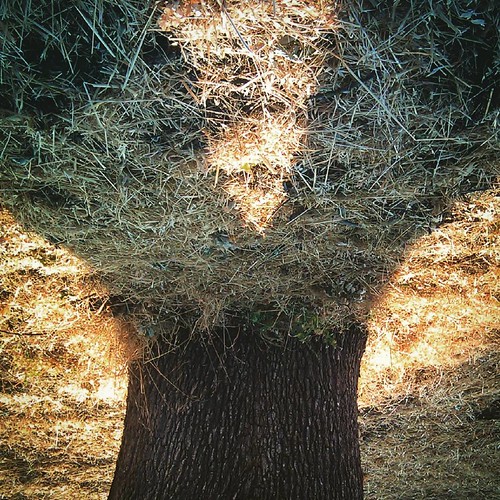 Now I'm free again, free to enjoy my early summer mornings with a brisk walk before the heat, and before I go to work and simply dream of swimming and loafing. The book is about to get into a whole, weird, not-real sort of place, and as I've been taking and posting photos taken during these walks, the tone is getting more abstract and askew and orthogonal to reality. It's the state of mind I'm in right now. Charged up and heading places, looking for the mountains and to get to the other side. 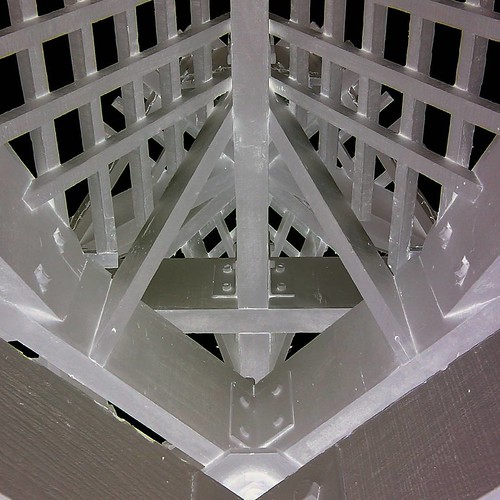 Email ThisBlogThis!Share to TwitterShare to FacebookShare to Pinterest
File under: flickr view whoring, photography, summer writing, ujtu, where are those editing elves when you need them

I was, of course, an odd child, the kind that would be more likely to bring a book to a swimming pool in the summer than actual swimwear. (True story from when I happily sat under a tree devouring Robinson Crusoe while my siblings splashed and sunburned.) So maybe I was marked from the start to love H.G. Wells' classic The War of the Worlds. I've owned a couple of copies over the years, and read them until the literally fell to pieces -- one of them had particularly haunting line-illustrations of the infamous Martian war-tripods lighting a terrorized crowd aflame.

I still have one copy, a cherished anthology given to me around age 11 or 12, a hardback edition bound in green leatherette with gilt-edged pages, collecting some of Wells' more famous stories, all of which were poor seconds to my favorite of the bunch. I read and re-read that story, which held the honor of coming very last in the volume. I'd make myself try to get through the other tales first, like suffering through over cooked broccoli to make the eventual dessert all the more sweet.

I don't know what it is about the story that triggered such admiration. (And here be spoilers, if it's possible to spoil a century-old tale.) Wells wasn't afraid to be lurid in his descriptions or brutal in his apocalyptic vision for the fate of mankind, and he certainly showed a wry understanding of the power of a twist ending long before The Twilight Zone made it fashionable. Wells was the master of the Gotcha ending before it became cool. I'm sure, as a boy, I enjoyed the visions of the wild marauding tripods ravaging over field and village, unleashing destruction at ever turn. Humans are merely fodder and food, obstacles to be eliminated, and its not through any heroism or brave deeds that mankind ultimately survives. It's not a story of bravery, or cleverness, or heroism coming to save the day. It's more a study of man at his worst, and how much luck is part of his survival. At least I hope it is.

Because honestly, I haven't picked up the story in ages. I still have that green-bound volume in place of honor on our "classics" bookshelf, wedged in among Alice and Frodo. The gilt edges are lost from the pages, and the bottoms are slightly waterlogged from being propped up on my stomach: poolside, of course. I'm a little afraid that it won't hold up. Another beloved childhood book did not, upon a recent re-read. Jules Verne's Mysterious Island also hit a sweet spot in my consciousness at the same time, and I read and re-read it many times. I remember being genuinely excited when both it and The Hobbit were handed to us as texts for a class. Both were favorites, but unlike Tolkien, Verne did not stand the test of time. I've since found Island to be rather fawning, aggravating, and generally dull. It's the opposite of War, as Clever Men solve Interesting Problems in a Clever Fashion. Rereading it as an adult was not time well-spent.

So, I'm hesitant. I'm nearing the end of my every-now-and-then re-read of The Lord of the Rings (yes, even the Appendices, because envy.) And there on the shelf, in the gap sits Mr. Wells. And for my birthday, I did treat myself to the Jeff Wayne musical version of War, which has all the earnestness, schmaltz, and disco guitars one should expect from a late 1970's concept album. I've been listening to it a lot, lately. Quite a lot. Enough that my co-workersare surely dreading the opening string-section chords, right before the wocka-chicka disco bassline kicks in. (And the chords are good. Made them my ringtone. I'm still an odd child at heart.) The bones of the story are present in the musical, and as an adult, I can see a lot of themes that either Wells or Wayne are throwing in there: colonialism, fear of the machine age, the mechanization and dehumanization of war. Descriptions of Londoners fleeing the invasion especially feels poignant as we see Syrian refugees fleeing their own horrors (and it is all side that are dropping the "cylinders.") It may have been a gripping and exciting poolside read as a child. Under the guitar solos and the Big Pop Song Number of the Wayne musical, it's still a dark and frightening story.

So there's my confession for tonight. Strange, pasty child with an overlarge book on his lap, both cheering and fearing the Martians, and wondering as a strange, pasty adult if they will still hold the same thrill. I listened to the musical yet again this morning as I worked my required co-op hours. At the pool.