Everything Skeu is Old Again

For those Apple iDevice caretakers who are mourning the replacement of their textured, shadowed UI with the new candy-colored iOS 7 retinal riot, I present an island of skeuomorphic calm: 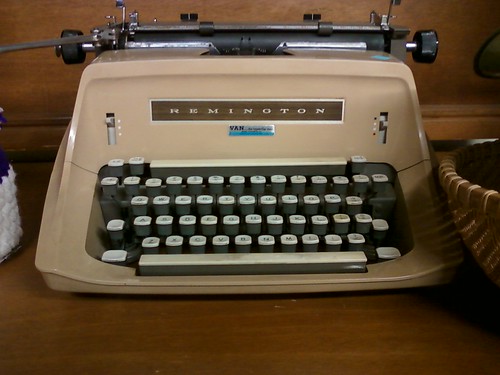 Space-age plastic woodgrain, spotted at Goodwill. Those who do not learn their design history are doomed to re-implement it!
7 comments:

Email ThisBlogThis!Share to TwitterShare to FacebookShare to Pinterest
File under: goodwill, remington, sightings in the wild

Print and save! Your very own Rhinoceros unicornis nagaloticus to glue to your typewriter.

I know I go through this drama every year, when my projects take a breather and I glance over at the calendar and think oh crap it's almost autumn I hear a Rhino stampeding don't you? I feel a little disingenuous whining about lack of preparation, but really, this summer kicked my ass in terms of free time or lack thereof. I've got... a setting, maybe? The tiniest, flimsiest thread of something that might pass for character motivation? Maybe? Anyhow, I'm trying to get my act together, gather up my notes, etc.. The usual.

Trying, mind you. All these Good Intentions have been blasted away by the timesuck that is video pinball, specifically this table: 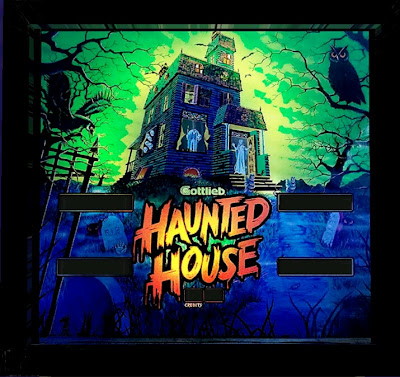 Feet to the Flames

There's a devil outside my window, and it's on fire.

More precisely, local landmark Mount Diablo has been awash in vegetation fires since Sunday, cause currently unknown, though in the late summer bone-dry conditions typical of this portion of California, smart money's on a carelessly-tossed cigarette. Although I'm personally in no immediate danger, our office looks out over the mountain and surroundings, and plumes of grey or black smoke wound around Diablo's two peaks yesterday as local firefighters struggled against heat and terrain to convince the fire to stay away from structures. The mountain is primarily parkland, which is both good and bad news. Good, since it limits the number of homes in harm's way, but bad, since the land is largely rugged and difficult to access. This is the first wildfire that I've been near enough to see since transplanting from areas of the country where precipitation actually happens. Wind has kept the smoke blowing away from us (good) and fanning the flames (bad) but the air is close, and at night, the sky is alight in oranges and reds. It's very much a staring-into-Mordor experience, and it's unsettling. Photos of the actual firefight, though, remind me that all in all, I've got it very easy at work. Complaints about life being difficult need to be taken with the appropriate grains of salt.


We're rolling out a new software service this month, and that's taken most of my time and mental energies. I was somewhat shocked how fast summer came to an end and how soon school  started up again. I also realize that Nano will be upon us before we know it, and I feel highly under-prepared this year, compared to my wildly over-preparedness of years past. The thought of just winging it still fills me with small-to-medium amounts of anxiety, so I'm doing my best to pressure the Muse into producing some raw materials that might be story-worthy when they get run through the forge of November. I'm starting to feel some of the pressure of all my old, unpolished drafts, too. Thanks to making the morning school run, I show up at work anywhere from 20-45 minutes before the start of business, so I've been using that time to gradually re-re-transcribe another draft, one that'd I'd tried (and failed) to digitize via speech recognition. My AlphaSmart has been claimed by my elder daughter for her schoolwork, so it's back to just typing in a text file. This is the third time I've tried to scale this particular story's mountain. I hope it takes this time, and I'm keeping the internal editor busy before he gets locked up for a month in November.


The summer Clean Out was largely a success: the antique (choppable) machines have all been re-homed and safely. There's still a few left, if you're interested. The adoption page is accurate as of this posting. Anything not re-homed will wind up on eBay, given to kids in our local homeschool playgroup, or passed on to Mr. Adney's classroom.
2 comments: