Just like clockwork, the Rhino has laid waste to my carefully-laid plans. He's claiming no responsibility for it, of course. 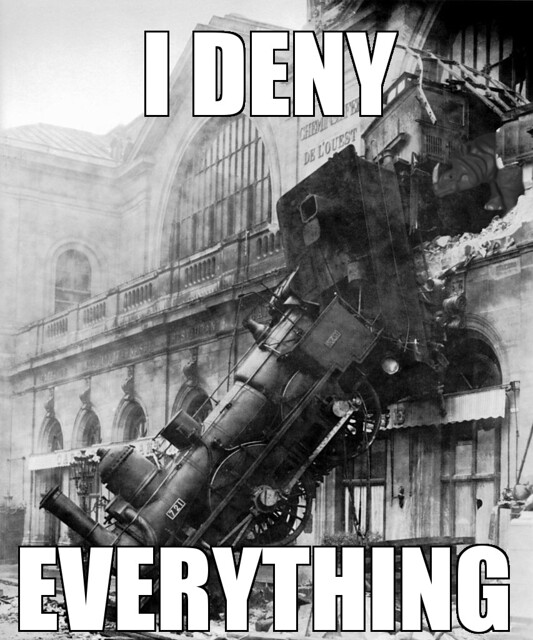 As I've said countless times, the reasons I devote all the prep time to NaNoWriMo are because:

So, I plot and I plan and I make index cards and stack and sort them. Everything's all laid out, nice and neat, all I have to do is write the day's notes.

Every year at this time, though, the Rhino and my Muse conspire against me, and have me tossing out -- OK, setting aside -- my notes right when I need them the most, here in the clutch. 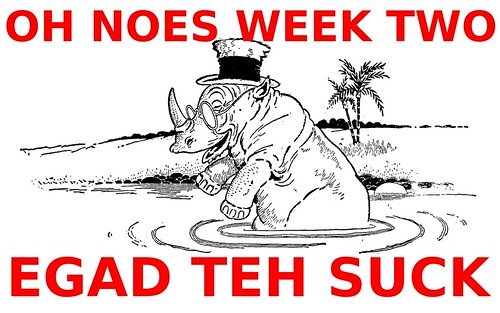 I always like to think that my outline will insulate me from the suckage that follows so closely after the giddy start, but it doesn't, not by a long shot. My characters are now running around, not following The Almighty Plan, uncovering interesting details and asides that I knew nothing about. They're throwing parties, and scheming, and lying, and telling fables, and all sorts of things that were totally unanticipated, and dammit, they will not be denied. And this in a sequel, too. You'd think they would have learned how to behave the first time around.

So, me and the Muse are at something of a creative stalemate right now, thanks to the Rhino prodding the old girl. Obviously, the Plan I've so assiduously laid out isn't happening, or at least not in the order I expected. I'm wheel-spinning to keep to make my self-imposed word goal of 65-70K. At the same time I'm gazing at the plot horizon, looking for a way to get back on track, even if that means ending the journey somewhere other than where I started.

Email ThisBlogThis!Share to TwitterShare to FacebookShare to Pinterest
File under: flailing around at the keys, just keep typing, nano rhino, nanowrimo

They have a word for that moment, when your characters start acting like actual persons and not predestined automatons: AWESOME WRITING.

I have another pair of words for the experience. I won't repeat them in a family blog, but they rhyme with "Nucking Fuisance."

I think I'm getting past the worst of it now, after a lot of on-the-fly plotting. Having the outline is like knowing where the edge of the pool is at all times -- I can always swim for it and make my way out of the deep end, but for now, I'm content to splash around.