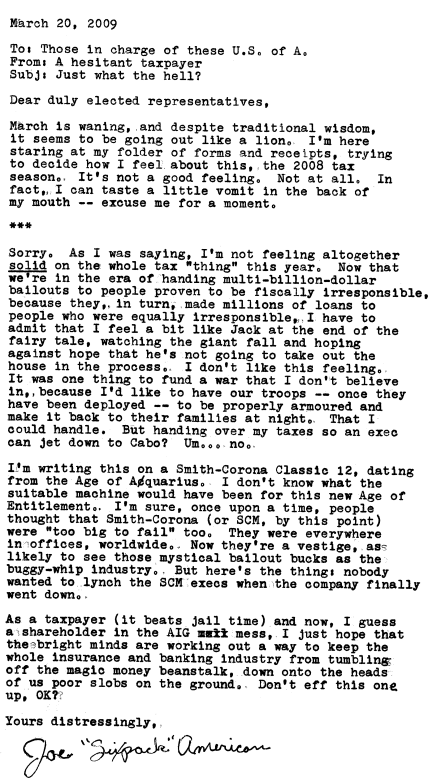 Don't even get me started.

You know what they say about chickens and roosting. Or whatever.

On this, we'll just have to agree to agree, Mike. I know that probably makes you feel awkward.

Your subject line says it all. I don't think those yahoos at AIG understand just how angry we are. Remember the mob scene in Frankenstein? I'm just sayin.

Torch Vendor: Torches! Get your torches!

Pitchfork Vendor: Pitchforks! You can't be an angry mob without pitchforks!