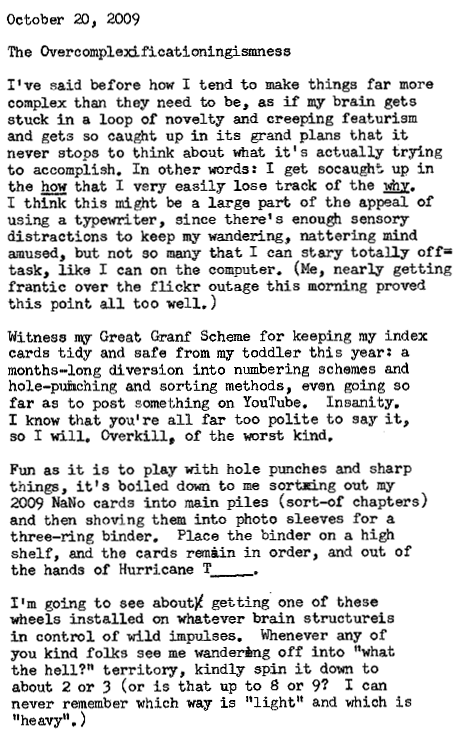 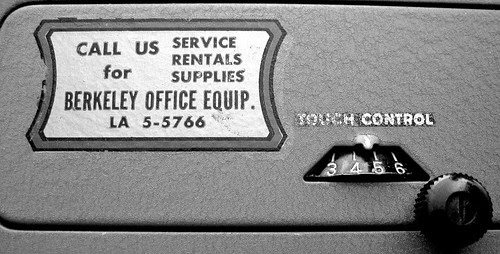 Hey, don't feel bad. How else is one supposed to deal with interminable hiatus that is the post-NaNo period?

But, if it is your insistence, I shall rain on your parade should I see your distraction levels reach levels of excessive intensity.

As for me? I have been waiting for the next Clickthing video. I see you as a pioneer. I wanted to be that pioneer, until I saw myself on video.

I have spent ten years toiling over a setting for a novel: topographic maps, language changes, writing systems, staple food crops. Only in the past year have I finally come up with a plot.

@Speegle: I appreciate it. Don't be afraid to crank that knob up to 11 at the first sign of mental infirmity.

@Strikethru: I'd need a subject matter that will not feature my face, of course. Maybe an exciting HOWTO on respooling ribbon.

@CStanford: and I have the opposite problem: gobs of plot, occurring in pristine, barely-there settings. We should team-write someday.

I am reminded somehow of that old story about NASA spending an incredible amount of time and money to develop a pen that would write in space, while the Russians, facing the same problem, used a pencil.

But I think it's human nature to seek out puzzles. Maybe our minds complicate simple puzzles just for the joy of figuring 'em out.