'Tis the season for us compulsive list-makers for sure as we try to cram in all the final things before the end of the year. Most people do these as New Years Resolutions, but I resolved long ago to not "do" Resolutions. Here's my own personal to-do list, stuck on a yellow sticky note where I can't hide from it.
Just so you know that my priorities are straight. There are pies to make today, and over Thanksgiving I tried making my own crusts for the first time, after watching my mother and sister do this from scratch every year. It was time I took up the family tradition,  so this Christmas, all the crusts are from scratch. Or will be, once I stop screwing around on the Internet and make them.
For reasons that seemed good at the time, I volunteered to be in charge of our local youth track team. This is funny for a number of reasons, not the least of which is I can't run. Of sure, if there's a disaster or if I'm in mortal peril or there's pie waiting for me at the end, I can get there under my own power, but it certainly won't be pretty. Luckily, this is not a coaching-type job, so I won't inflict my own lack of grace, form, and athleticism on children. Instead, I am merely coordinating adults who have all of those things. Part of the deal, though, is that I want to redo the web site, which is a pain to maintain in its current form, and will give me another outlet to show off my accumulated knowledge.
My wife and I already gave each other our big Christmas gift: a new back porch! Yes, it's just as romantic and festive as it sounds, but we wrote out the check to the builder yesterday, and now I'm looking at all the stuff that we shoved into the garage while they were doing their work. Now we have to decide what goes back, and what's clutter and gets tossed.

As a bonus project, my large tool chest has, over the years, gotten to the point where it holds a ton of junk that's not-tools. It's like a microcosm of our back porch. Time to empty it into large boxes, and then replace things worth keeping, and toss or sell or donate the rest.
The ultimate fate for much of the salvageable clutter. Once all the "special" gifts are out of hiding in the back of the car (shhh) it gets loaded up with the old dishes and outgrown clothes and hauled off to Goodwill. And hey, while I'm there, might as well look for some familiar cases...

The simple fact is: there's a large tree in the middle of my small house, and it's keeping a mighty pile of gifts under its boughs. Come tomorrow morning, we're going to need to find places for all those things.I believe they have reached some sort of gift critical-mass and are now producing new gifts entirely on their own. Saint Nicholas is going to have a devil of a time finding room tonight.
I'm exchanging read-my-novel favors with a friend, and am overdue to go through his draft and give him feedback. I'm hip-deep in a Victorian-era Gothic horror novel, and there's three books on inter-library loan sitting on my nightstand that must go back by January 5th. I finally got myself onto Goodreads, too, though I have yet to post any reviews of anything. At the moment I've used the site as a place to dump what books I can remember reading.

Also, I think the NaNo draft has ripened: it's time to have a big glass of something fortifying and hops-based and go through it, or through one of the drafts that are stacked in boxes on my dresser.
So many letters I owe to the Typosphere! It's embarrassing. I have managed to send exactly one letter since September, I think. I need to set up a typing station somewhere in the house. Thank-you notes will need to be sent out in a week's time or so, too.
This has to happen. I've got beta-readers finishing up my own novel over the holiday, and I'm in need of an illustrator to try and realize the half-formed notion I've got for cover art. I finally got myself hooked up on Smashwords as well, as a bookend to the Goodreads membership. It would be nice to see this link go away: "You have not published any books — Publish a Book"
So that's the list. Ambitious? You betcha. But not, I think, unreasonable. I've been relaxing for a few days, letting the kids drive me crazy, but use list-makers can only idle for so long.

I hope your own holidays are fulfilling, in whatever form they take. And if you wind up on the wrong side of someone's "Naughty or Nice" list, I hope, at least, that you earned it. 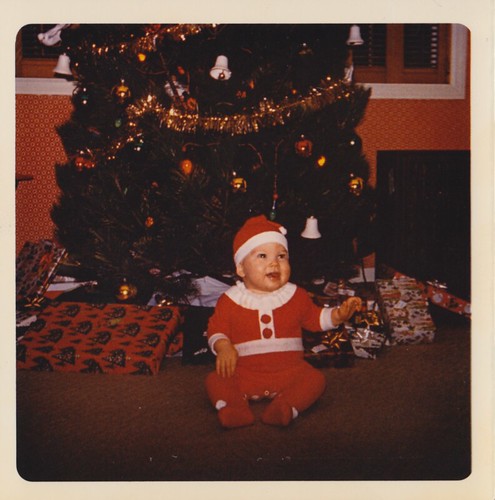 All right! I always suspected there was a deep link between those who type and those who like/make pies! You have provided critical data for this important research.

Holiday pie-making for our family get together was co-opted by my older brother - and that's fine by me. He makes AWESOME pies - complete with all organic ingredients and whole wheat crusts. More than I can ever aspire to but appreciated mightily nonetheless.

Best wishes of the season to the Clemens Clan!

...A VERY MERRY CHRISTMAS and HAPPY NEW YEAR to you & your family, Mike -- along with everyone else who reads this!

Merry Christmas, Mr. Clemens. or, given your baking proclivities, would it be Crustmas?

Oh yes, the fun of baking. And lists.

May you and yours have a very Joyous Christmas and a Happy New Year!