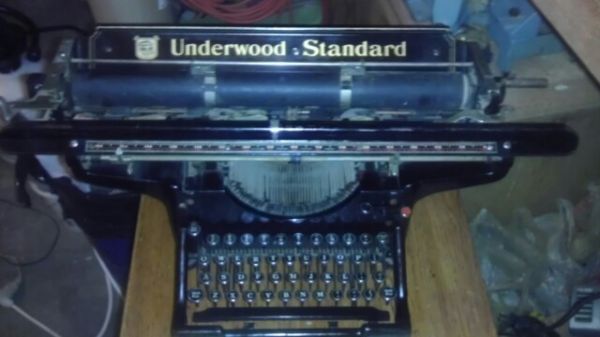 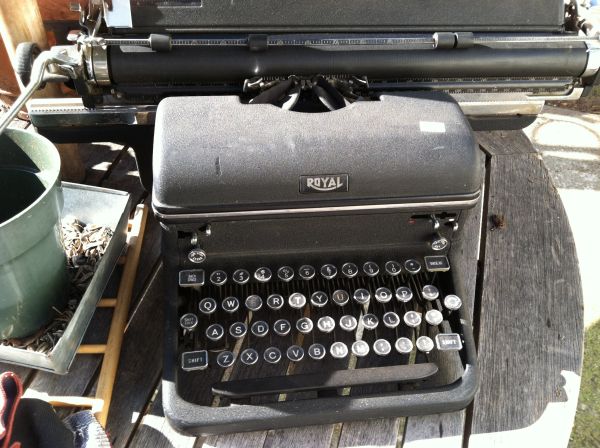 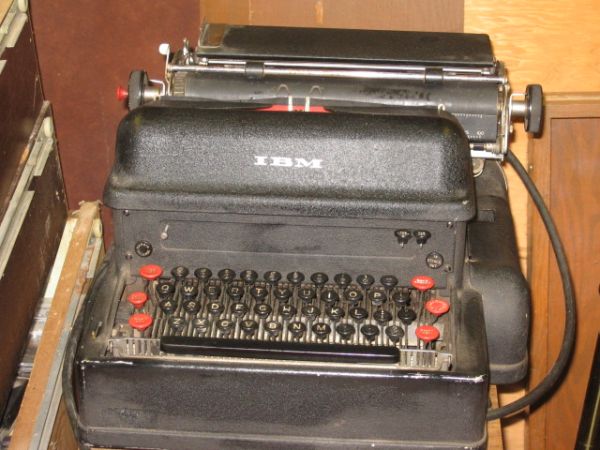 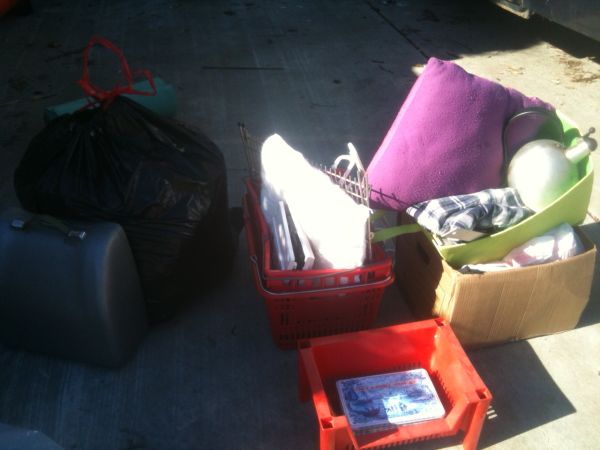 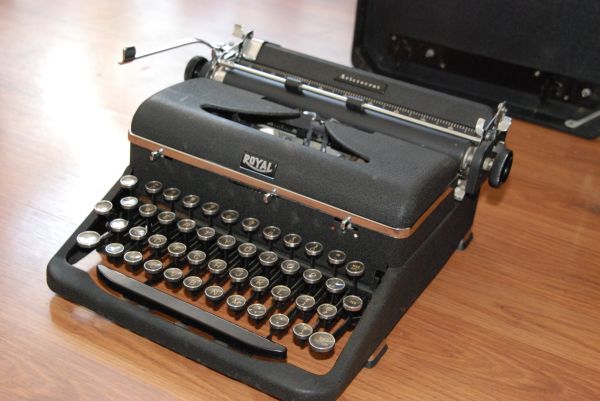 One last one to share: this isn't a Craigslist posting, but is in fact my own sighting, a two-tone Underwood "Quiet Tab De Luxe" in pretty good shape at my local thrift store. This is very tempting, especially on the heels of all those machines seen above. I'm hoping some soul will come across it and adopt it, as it's in good shape, types evenly, and even has some bits of ephemera with it (cleaning brush, manual, touch-typing guide.) And if not? Well, maybe I will need to find room for it, in celebration of ITAM and in tribute to the ones that got away.

Ooh, get that Underwood! :) They are beautiful (thanks, Ton, for mine).

I really hope that Olympia SM made it into the hands of some typewriter lover before it was carted off to the dump.

Why do people offer things for barter? It seems so inefficient. They must love dealing with STUFF instead of cash.

I don't believe you really passed up that Underwood.

Seriously dude. And my heart breaks for the SM3

I think I would have been tempted by that enormous IBM monstrosity. And $350 for that Underwood? Just a hair overpriced. Like maybe three hundo.

@Duffy Moon - I think it's the Royal which is overpriced, not that Underwood!

On the one hand, Mike, I would join the chorus of voices asking you to return for it, but on the other hand I hope someone else snaps it up and saves you the temptation (I can sympathize with your predicament, as you well know...)

Nice sightings, thanks for sharing!

Ah, you're right, Adwoa. I need to learn to read North-South, rather than middle-picture-out.

And I see he brought home the right machine.