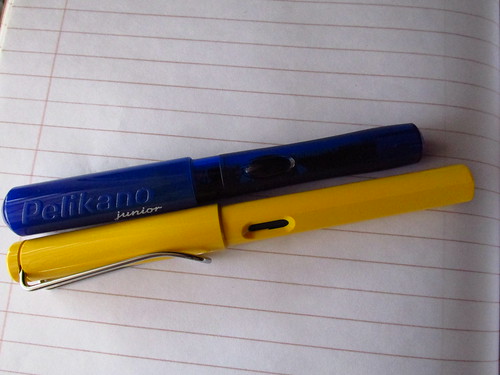 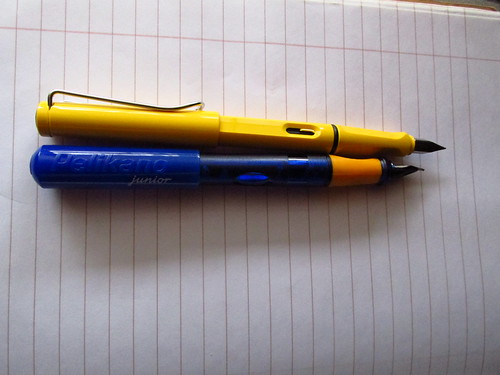 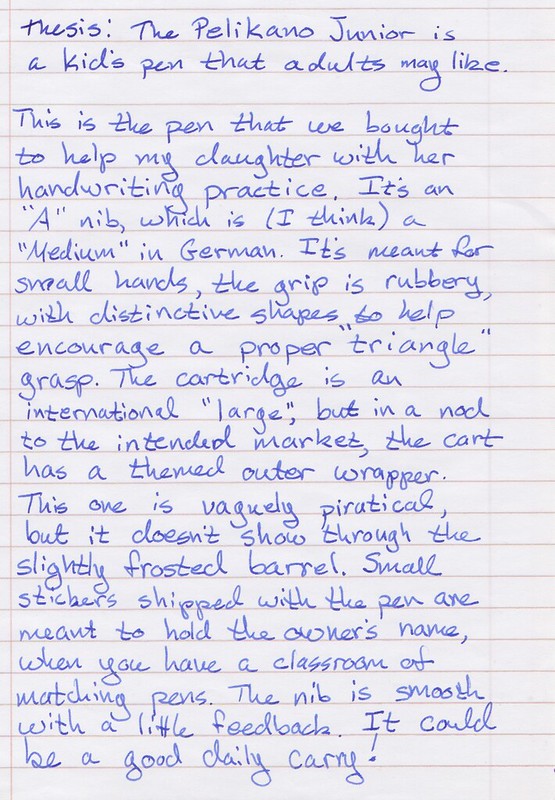 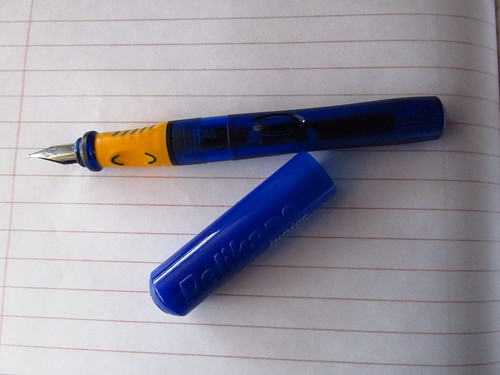 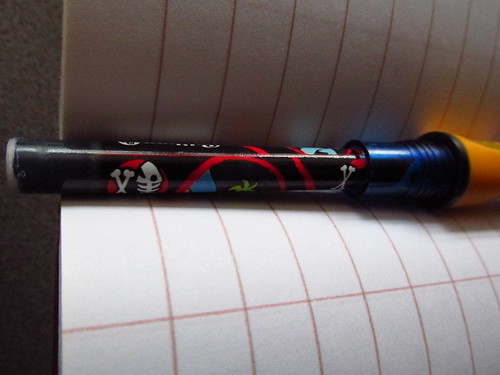 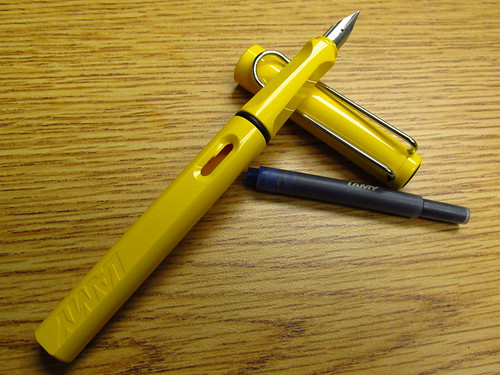 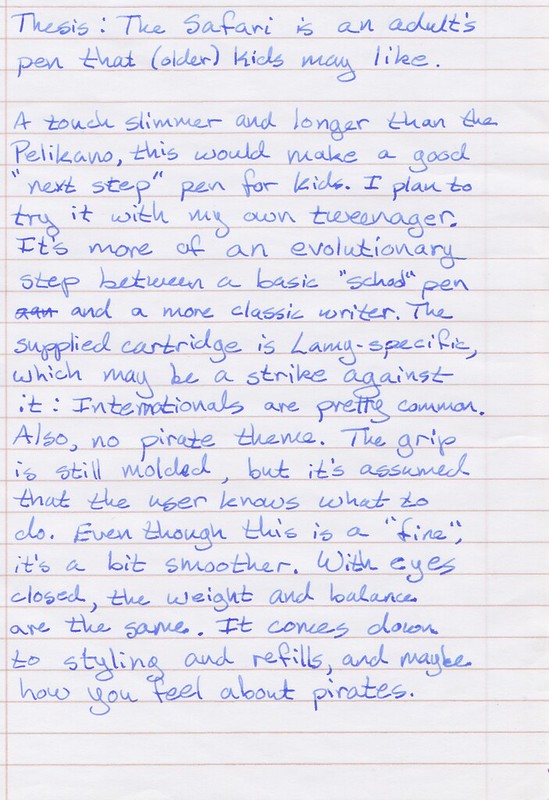 I'd like to get a Safari. I had one of the V-301 pens. A slight step better than nothing, but to me plain junk.

The Zebra's a big disappointment. I've picked it up once or twice since, and then put it right back down. A shame, since their ballpoint pens were always my favorite in school. Whoever designed/makes the V-301 should have taken a lesson from Pelikan.

One should endeavor always to raise an eyebrow in the boardroom.

I have to say, after finding the Safari I wouldn't look at another pen, especially since they offer a LH nib.

I've been using my Pelikano Jr for grading homework, and I like the feel. The nib is okay, but it is really broad and wet. I'm glad they ship it with a long cart, because it'll burn through a short one in no time.

I love my Lamy Safaris, both fine and medium. They feel decent and are not too big an investment to knock around on camping trips. But I've also just ordered a blue Pelikano Jr. With or without a pirate-themed cartridge, it looks like fun. And may make a nice accessory to go along with the next typewriter I gift to a grandchild. So she can properly sign all those letters she's going to type for her grandparents!