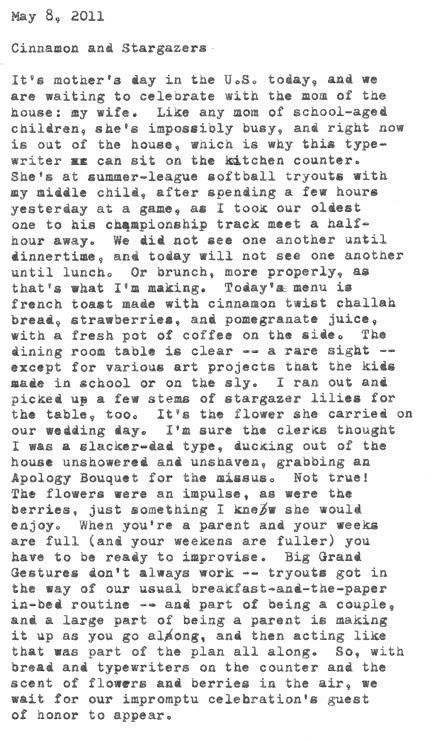 Typed on Gomez, an Olympia SM-3 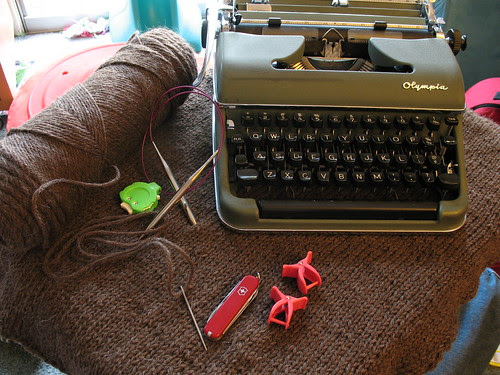 Sounds quite a bit like my house. Except switch the French Toast with a mediterranean omelet. Which sounds kind of exotic and impressive, except that the reason it was a mediterranean omelet is becuase that's what we had available at the time: artichoke salad and olives and feta and - oh, and pastrami? oh well. Made a nice omelet.

Making things up as we go along, then making up the story afterword so it looks like it was all planned. That's parenthood right there.

great post! Sneaking in some type action and observation between the rushes and rumbles of daily life. Sounds like a happy home.

Dear Mr. Mike Clemens
My name is Kanae Hasegawa.
I am from radio station in Tokyo called J-WAVE.
We would like to know if you could speak to us about Typosphere via telephone appearance.
I would greatly appreciate your reply.
Kind regards,
kanae