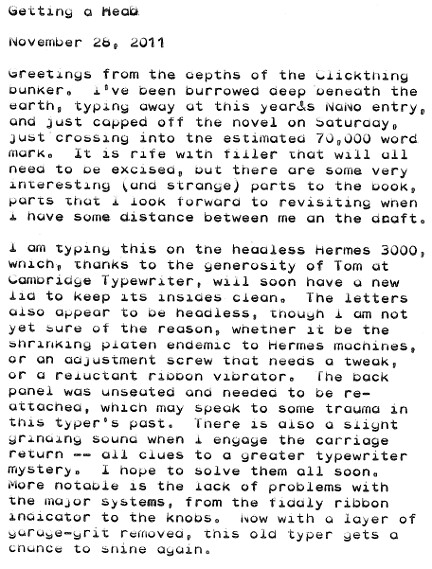 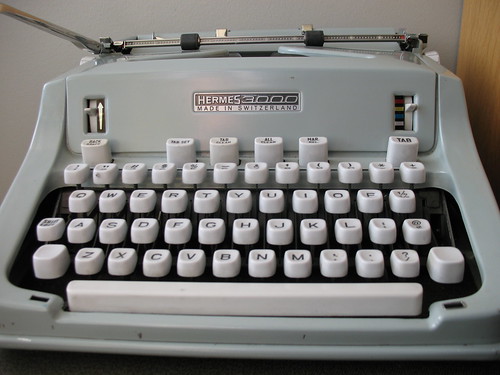 Very cool typeface on this one.

Hi Michael, maybe try it on red, or on stencil with a piece of carbon paper. If the letters are still topless, the carriage ride height maybe needs a tweak. Not a clue how to do that on a Hermes though.

Or, just a thought here:
Is the Hermes a basket-shifted machine? Maybe there is something impeding it in it's upward movement, so that it rests just a hair lower than it should? Some gunk in there or something? That would make it uniformly light in the letter tops.
Or, if it happens to be carriage-shifted, same thing.

Or, yeah, there's probably an adjustment (probably one on each side) to make it raise a bit higher or a bit lower, and a similar adjustment for the lowered, shifted position.

'Course, what do I know? I don't even have one.