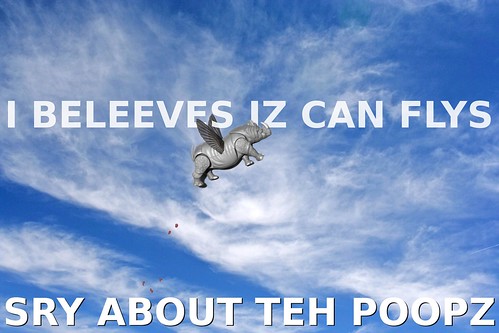 Another week of NaNoWriMo down. My head cold is a distant memory, except in the sinus passages of my best beloved, who curses my name when she tries to sleep at night. The strange backstory issues that plagued me last week have all but dissipated, not so much out of figuring them out but more out of my poor battered muse throwing up a white flag. "Aw, that's good enough," she says, trying to rearrange her robes into something Inspiring. "You'll sort it out in the edit." And she's right, of course. She always is. Plot B is going to require a lot of reworking, though, as I kept approaching the intertwined histories of these secondary characters from different angles. I certainly understand them better now than I did in those naive halcyon days of yore, way back in October when I was trying to sort my notecards into some semblance of logical order.

Oh, the notecards. Like the Plot B backstories, my dear Nano Rhino has pooped all over those as well. "Chaos from order" best describes my process this year, as whole sections airlifted out of harm's way of the rampaging Rhino, choosing to settle in later in the story once some of his steam was let off. And I have made the 50,000 word mark, so my Rhino pal was suddenly distracted by his new skyward motion, letting me move on with Plot A. Perhaps as an apology for the aimless wanderings of the last week, my poor battered Muse decided that my "go crazy in the desert" note card needed a Weirdness Infusion, stat. We've just come out of the desert, the protagonist, the narrator and I: a strange walkabout starring twin sisters on 4x4s, an unsettling insectarium run by a strangely prophetic old woman, and a diner in the desert with a peculiar clientele and a highly specific and memorable menu. None of these people or settings appeared in the cards, but they are turning out to be my favorite part of the story so far, injecting a heady dose of the mythic into what was becoming a rather mundane road-trip. For a story that started out as a shameless crib on Jason and the Argonauts, this diversion is a welcome one, and it gives me permission to let the rest of the story get its freaky on, too, so to speak.

So now the characters are nearly there, their destination is on the horizon, lit by the mighty beacon of the Luxor. That airlifted scene is primed and ready to go in its new home, and the end of my trip is in sight as well. Although I've reached the word goal, the count was inflated by my brain doing idle donuts in the middle of the plot. (Mmmm... idle plot donuts.) We're through the desert now, heading for the lush pastures that await, and the always-magical sensation of being able to type "THE END" on another draft. Keep looking skyward, fellow NaNo'ers, but watch out for surprises from the Rhino.

Email ThisBlogThis!Share to TwitterShare to FacebookShare to Pinterest
File under: my muse is weird, nano rhino, nanowrimo

Yes, the Rhino is full of surprises. They continue to happen on a regular basis.

Somehow I think that my Rhino will want to KEEP ON GOING after Nov. 30.