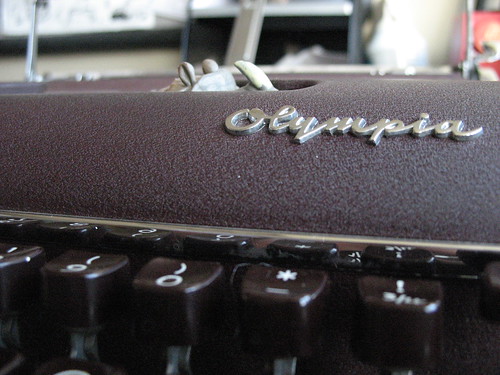 I crossed a major NaNoWriMo milestone today. I've only got around 10,000 words to go to make the 50,000 mark, which is around four days worth of concentrated writing. So why is this Rhino looking so peeved? 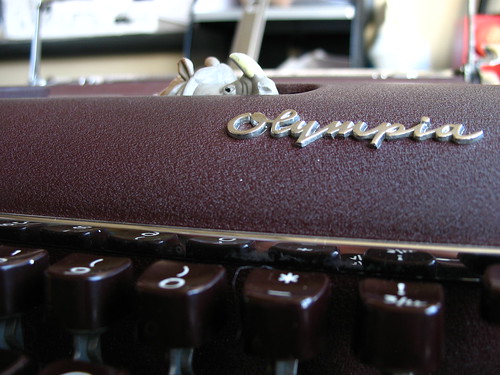 It's because I've jumped into my second plot (the backstory section of the book), and that's less clearly defined than the main journey of my protagonist and his friends. I started off the month with sketches of these second-story characters, but I did not know who they were, thinking at the time that they would be Mysterious and Secret.

The characters had other plans. 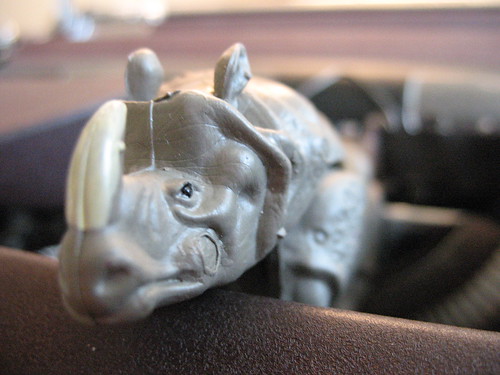 They got all up in my face, yo this weekend, demanding that I spend some time figuring out who they were, where they came from, and what they were like. I learned all sorts of things -- one drove a laundry truck, the other fled North Korea. They are connected in a way that I did not expect, but which fits with the overall story perfectly (they knew this all along, I'm sure.) Both have exceptional gifts in their own way, though both are ultimately doomed. And maybe that's why they have been staring at me all weekend from the platen, demanding that I sort their sh*t out before I dispose of them. I've spun my wheels a lot these past four days, trying to figure out which of the many histories is truly theirs, and trying to see how they fit together into the bigger puzzle. They're getting their moment on the page before they are written off.

So, I've laid down a lot of words these past few days, but I know that many of them are destined for the axe. I'm still trying to get some traction on their stories, but right now am sliding all over the page. I'll settle it eventually, but I need to get back on track, because even though the word counter says I'm close to being done, I'm not. Right now, I'm just spinning my wheels.

Characters spinning out of control? Carefully contrived plot meandering in unknown and frankly frightening directions? Welcome to my side of the street!

Thanks for the update -- I've been wondering how you've been doing.

This NaNo thing is kicking my a**! Word count is important, of course, but there's so much MORE involved with the production of a novel.

I'm learning what NOT to do for next year!

It sounds like your novel is taking a very interesting side-road. Best of luck pulling it together -- you're not far from the finish line, with half a month to go.

I like all the Rhino poses. The progression of shots tell a story!

(I'm starting to get the germ of an idea about something I'd like to write about. It's about this guy, who, like, runs into some obstacles of some sort. But then he works it out in a surprising way at the end.)