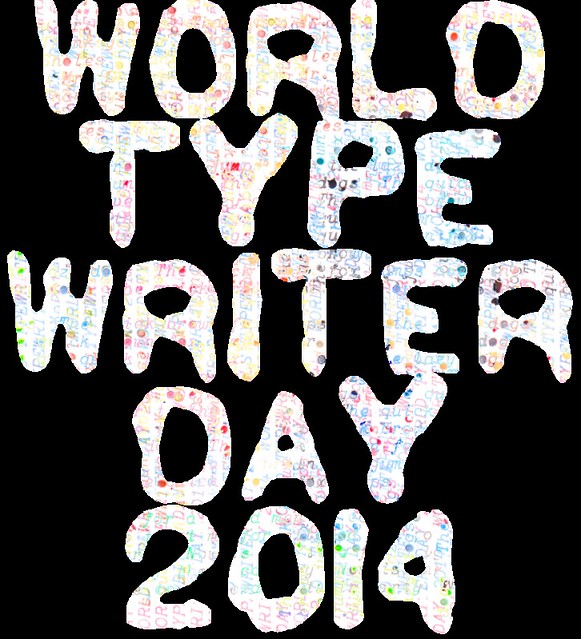 Using the thinner paper as a base layer for the wax worked well, and I turned the touch control on the typewriter all the way down to the lightest touch. Lots of punch-outs on the closed letters, as you would expect, so another colorcasting lesson was learned: always use an open-bottom typewriter! My table was covered in colorful, waxy confetti when all was done.